THE INSOLVENCY AND BANKRUPTCY CODE (IBC) 2016: A NEW ERA

> Government of India  > THE INSOLVENCY AND BANKRUPTCY CODE (IBC) 2016: A NEW ERA
0 Comments

THE INSOLVENCY AND BANKRUPTCY CODE (IBC) 2016: A NEW ERA 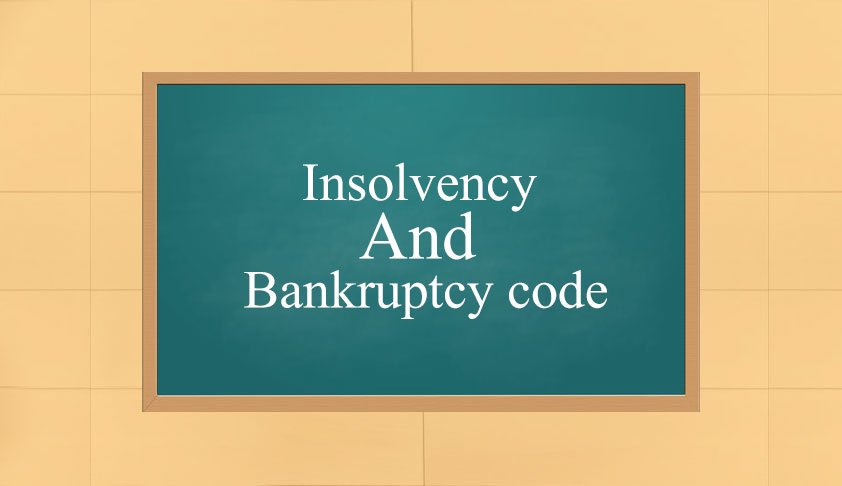 The Insolvency and Bankruptcy Code, 2016 (IBC) was passed by the Parliament on 11th May 2016, received Presidential assent on 28th May 2016 and was notified in the official gazette on the same day. IBC is a welcome overhaul of the existing framework dealing with insolvency of corporates, individuals, partnerships and other entities. It paves the way for much needed reforms while focusing on creditor driven insolvency resolution.

“An act to consolidate and amend the laws relating to re-organization and insolvency resolution of corporate persons, partnership firms and individuals in a time bound manner for maximization of value of assets of such persons, to promote entrepreneurship, availability of credit and balance the interests of all the stakeholders including alteration in the order of priority of payment of Government dues and to establish an Insolvency and Bankruptcy Board of India, and for matters connected therewith or incidental thereto.”

Indian Banking/credit system had a total bad debt of about $150 Billion in 2016. At present, there are multiple overlapping laws and adjudicating bodies dealing with financial failure and insolvency of companies and individuals in India. The current legal framework does not aid lenders in effective and timely recovery or restructuring of defaulted assets and causes undue strain on the Indian credit system.

IBC combines the following legislations into one for the purpose of insolvency recovery or debt restructuring of a company.

The Code offers a uniform, comprehensive insolvency legislation encompassing all companies, partnerships and individuals (other than financial firms). The Government is proposing a separate framework for bankruptcy resolution in failing banks and financial sector entities.

Corporate insolvency process shall be completed within 180 days of admission of application by NCLT. Upon admission of application by NCLT, Creditors’ claims will be frozen for 180 days, during which time NCLT will hear proposals for revival and decide on the future course of action. And thereupon, no coercive proceedings can be launched against the corporate debtor in any other forum or under any other law, until approval of resolution plan or until initiation of liquidation process.

NCLT appoints an interim Insolvency Professional (IP) upon confirmation by the Insolvency and Bankruptcy Board within 14 days of acceptance of application. Interim IP holds office for 30 days only. Interim IP takes control of the debtor’s assets and company’s operations, collect financial information of the debtor from information utilities.

The creditors’ committee has to then take decisions regarding insolvency resolution by a 75% majority voting which initiates the Moratorium period.

If three-fourths of the financial creditors consider the case complex and require extension of time beyond 180 days, the NCLT can grant a one-time extension of up to 90 days. Extending the Moratorium period to 270 Days.

Once a resolution is proposed and passed by 75% of the COC, the creditors’ committee has to decide on the restructuring process that could either be a revised repayment plan for the company, or liquidation of the assets of the company. If no decision is made during the resolution process, the debtor’s assets will be liquidated to repay the debt.

The resolution plan will be sent to NCLT for final approval, and implemented once approved.

To initiate an insolvency process for corporate debtors, the default should be at least INR 1,00,000 which may be increased to 10,00,000 by the Government.

Application on default – Any financial or operational creditor(s) can apply for insolvency on default of debt or interest payment.

Appointment of IP – IP to be appointed by the regulator and approved by the creditor committee. IP will take over the running of the Company. From date of appointment of IP, power of Board of directors to be suspended and vested in the IP. IP shall have immunity from criminal prosecution and any other liability for anything done in good faith.

Moratorium period – Adjudication authority will declare moratorium period during which no action can be taken against the company or the assets of the company. Key focus will be on running the Company on going concern basis. A Resolution plan would have to be prepared and approved by the Committee of creditors.

Credit committee – A credit committee of creditors will be constituted. Related party to be excluded from committee. Each creditor shall vote in accordance to voting share assigned if 75% of creditor approve the resolution plan same needs to be implemented.

Initiation – Failure to approve resolution plan within specified days will cause initiation of Liquidation. Debtor can also opt for voluntary liquidation by a special resolution in a General Meeting.

Liquidator – The IP may act as the liquidator, and exercise all powers of the BoD. The liquidator shall form an estate of the assets, and consolidate, verify, admit and determine value of creditors’ claims.

The Code significantly changes the priority waterfall for distribution of liquidation proceeds.

Utilities as a depository of financial information.

The legislature has sent a clear signal and has cracked the whip on the defaulters and the laws have been shaped with more teeth.